One moment time flies, while another moment takes its good old time. We can be in a time crunch, hoping to accomplish something just in the nick of time. It may feel like there just isn’t enough time to do everything, so it may be high time we start something. Other days we have too much time on our hands, so we kill time. Sometimes we can take our time or even waste time. Other days, time is of the essence or we contemplate if we can buy ourselves some extra time. Some people equate that time is money, and there is no time to lose. We may look for ways to save time. We may set a time to do certain things. We like to be in the right place at the right time. Sometimes we wish we could turn back time. We question if things will stand the test of time. Only time will tell. Time after time…

Time is a curious thing. The concept of time has been around in one form or another for millennia. (Dare we say since the beginning of time?) In early Biblical days, time was mentioned based on the setting and rising of the sun. The Ancient Egyptians began to introduce time-keeping devices like water clocks and sundials. Babylonians and Ancient Romans influenced calendars and the concept of dividing time into weeks. Clocks continued to evolve, and eventually Galileo contributed using pendulums to improve the consistency in telling time. In the 1900s, the invention of lasers further refined the accuracy, and today time is most precisely measured based on atomic frequency.

Despite such precision, telling time around the world can be confusing. As you approach the International Date Line, countries to the west of it are a whole day ahead of countries to the east. While in Alaska it may be approaching midnight on a Sunday, just miles across the Bering Strait in part of Russia, it is approaching 1:00 AM on Monday.

Time zone divisions can also be a bit perplexing. Most of the world lives in a time zone that runs on the hour with Greenwich Mean Time (GMT). However, some countries run on quarter or half-hour increments. For example, Australia has time selected time zones that vary between +8, +8 ¾, +9 ½, +10, and +10 ½ hours ahead of GMT.

Additionally, each country decides whether to observe Daylight Saving Time (DST) or Standard Time. Approximately 70 countries choose to alternate between the two. Some countries always remain on Standard Time, while Chile is the only country to always observe DST only. Things get more complicated when not all regions within the same country do the same thing. For example, some states in the U.S. and providences in Canada do not observe DST when other regions in those countries do observe it.

To further add to the confusion, each country sets their beginning and end dates for Daylight Saving Time and Standard Time. While most countries that observe time changes make the adjustment on Sunday morning, Syria, Jordan, and Israel change hours on Friday. Most recently, some countries like the United States and Canada began to observe DST on March 14th, but many other countries such as most in Europe will not make the change until March 28th.

These curiosities can make travel and doing international business interesting. At LifeBio a few employees in Ohio recently had a videoconference scheduled with someone in India. The meeting was planned several weeks ago, but it occurred a couple of days after Ohio began observing DST. At the decided upon hour, the employees in Ohio started the meeting, wondering why the person from India was not present. Until he could be reached, a Google search helped clarify that India had not changed time, so the meeting time was likely going to be off by an hour. 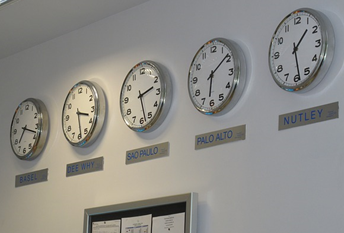 Those time differences can at least be tracked. Time is curious though. What about cultural and societal differences in time? For example, the promptness of transportation means various things in different countries. Historically trains in Germany and Japan have been known to run on time, while in England trains may leave on time about 75% of the time. Similarly, being “on time” for a meeting or class can vary drastically based upon where it takes place. Now, consider if you were invited to a party that started at 7:00 PM, when would you arrive to the party? Would it matter what kind of party, where it was, and who was hosting and attending?

The sense of time is also affected by our minds. Time is curious. Have you ever been in the middle of something you enjoyed, and time just flew by? Have you ever been watching a movie or reading a book and it seems to end before you know it? Has a vacation ever felt like it went by much too fast? On the flip side, have you ever been in a less than desirable situation, and time seems to move so slowly? Have you ever sat through a meeting or class wishing it would soon end, but whenever you look at your watch only a couple of minutes have passed? Have you ever awoken from a deep sleep and been confused as to if it was daytime or night? 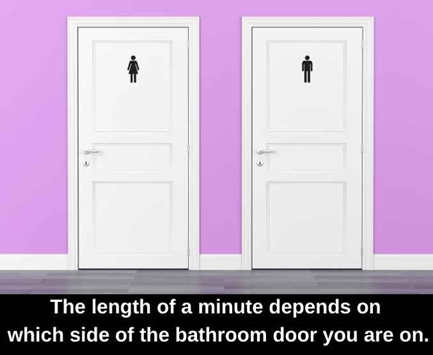 Things like our age and personality can also affect our perception of time. Young children often want things immediately and struggle to understand concepts like being patient and taking turns. Many youth and young adults feel almost invincible and believe in living in the moment because YOLO (you only live once). Many parents have experienced the feeling that days with children seem long, while the years seem short. As we get older, years often seem to pass more quickly. Older people may need longer to complete certain tasks, and they may enjoy reminiscing days gone by.

For people living with Alzheimer’s and dementia or suffering from hallucinations, time can be a difficult thing. Depending on what is happening with their cognition, they may struggle to work out what the numbers on a clock mean. They might be confused as to if it is nighttime or daytime. If their brains are struggling with logic, they may no longer be able to relate certain times of day with specific activities, such as “After I wake up around 7 AM, I usually eat breakfast.” As diseases progress, people may forget what day or date it is or even what season it is. They may struggle to form short-term memories of things that just happened. They may think they are living in an earlier time period of their life, such as their childhood or early adulthood.

Time is a curious thing. No matter how we measure or sense time, what we do with our time is what matters most. Throughout our lifetimes most of us will have to find a balance between things we need to do and things we want to do. There will be fun times and less appealing moments. There will be challenges and triumphs, highs and lows. Some moments will be spent with loved ones while others are spent with strangers or in solitude. The question is what will you do with your time?

The song “Seasons of Love” from the musical Rent by Jonathan D. Larson asks, “How do you measure? Measure a year? In daylights, In sunsets, In midnights, In cups of coffee, In inches, In miles, In laughter, In strife, In five hundred twenty five thousand six hundred minutes, How do you measure a year in a life?” How will you measure and remember your years?

Your time and memories are precious, and they are priceless. Preserving and sharing family memories is time well spent. LifeBio is here to help you and your loved ones reminisce what you have done with your time. We can guide and assist you in recording your memories. You are right on time, so let’s get started today. 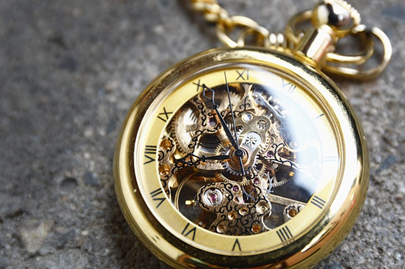