An Unforgettable 4th of July 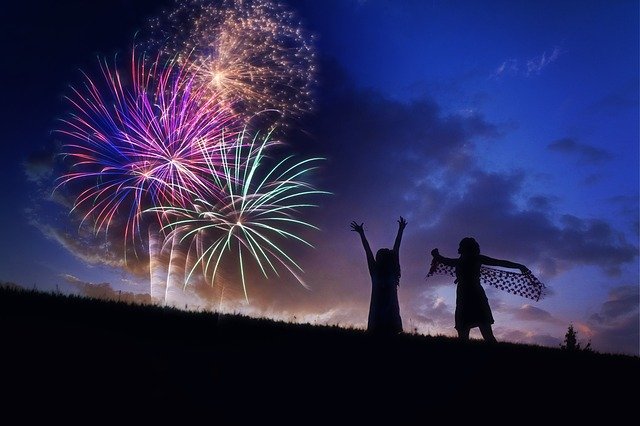 As a kid, our family would always go to the local fireworks display to celebrate the 4th of July, and while it was a tradition that I greatly enjoyed, there is one entirely different 4th of July celebration that I will never forget.

In the summer of 1986, I was a college student smack dab between just finishing my junior year and racing headfirst into my senior year that fall.  I had stayed on campus in order to take a couple of elective classes (and ensure that I made it to the finish line of graduation the following year!).  My three roommates had all scattered to their various home abodes, and I had the apartment all to myself.  The pace of my days was slow – a class here or there, but most of my time was spent on the beach at Hueston Woods.  I had taken out a student loan to tide me over, and I had just a small bit of change left knocking around in my pocket after paying all my expenses.  (Ah, what a different world it was back then!)

That year, the 4th of July fell on a Friday, so it was going to be a long, leisurely weekend.  I was thoroughly enjoying being a twenty-one-year-old semi-adult, and I had no plans of heading home to Mom, Dad, and house rules.  While the beach had been an idyllic refuge and was a definite option, an acquaintance of mine from an English class was traveling to New York and invited me to tag along.  Flights were cheap, just about the equivalent to what I had in my bank account, and we could stay at his friend’s apartment for free.  Sign me up!  The plan was to fly out the evening of July 4th from Port Columbus then have the entire rest of the weekend to explore the Big Apple.

What I didn’t know at the time (living in my college bubble world), was that 1986 marked the Centennial Anniversary of the Statue of Liberty.  For four years, the Statue of Liberty/Ellis Island Foundation, headed by Lee Iacocca, had been working diligently with the National Park Service to preserve and restore her great beauty in order for her to proudly oversee the harbor for another century and beyond.  Holes in her copper skin were repaired; old and rusting iron armature bars were replaced with new, stainless steel bars; and the upper flame portion of her torch was replaced with an exact replica, then gilded, as per the architect’s original intent.  On July 4, 1986, Lady Liberty was decked out in her finest attire, beckoning and welcoming to all who enter the United States.

A direct flight from Columbus, Ohio, to New York City takes perhaps an hour and forty-five minutes to two hours.  As I recall, my travel mate and I embarked sometime around 7:00 p.m., and I think we were to depart about 7:30, arriving in NYC about 9:15 p.m. or so, leaving us plenty of time to take in the nightlife.  As we lifted off, the pilot turned the jet toward the darkening skies of the east, with the sun setting to our backs over the western states.  The flight was smooth, no turbulence, and I sank back into my window seat, gazing out across the corn fields, the pastures and the watering holes, thinking how our midwestern farmland looks very much like a patchwork quilt when seen from above.

My companion and I chatted amicably, and I felt my eagerness for our adventure rising as the announcement was made to fasten our seatbelts and put our tray tables into the upright and locked position as we prepared for landing.  It was at this point in time that I noticed the first one:  there, in the distance, white like lightning; brief and fleeting, and then gone.  What had I just seen?  I shook my head, cleared my mind.  (I didn’t wear glasses – yet – so I was pretty sure it wasn’t my eyesight.)  The weather that night was excellent in every way.  Not overcast, no obstructions other than a few thin and wispy cirrus clouds lazily drifting away into space.  The first night stars had begun to show themselves, and I scanned the sky for a constellation that I might recognize, the Big Dipper perhaps or possibly even Cassiopeia.

Just as quickly as the first flash had vanished, suddenly there was another.  This time, blue, lingering, lasting a bit longer and soaring a bit higher.  The next one was red, and it was very quickly followed by a bursting white, another rocketing blue, and a thunderous boom.  Now, the entire plane had noticed, and we were silenced, and absolutely awestruck because as we circled round waiting for landing, we were witness to the greatest, most spectacular and impressive display of fireworks that I have ever seen in my entire life – all perfectly orchestrated as an extraordinary backdrop to the Statue of Liberty.

I watched as every imaginable form of firework known to man – from comets, to Roman candles, to Saturn shells, willows, and more – all lit the face of Lady Liberty, underscoring her steady gaze, encircling her uplifted arm, showcasing her solid and firm placement as a beacon of hospitality and good will.  We were aloft for at least fifteen minutes as we watched single fireworks, then masses of fireworks, then the reflections of fireworks in New York Harbor as they faded from dazzling color into smoky gray streaks disappearing across the horizon.  Then it would start all over again!  Fireworks were still going off as we landed, and although LaGuardia is a good eleven miles or so from the statue, I swear we could smell the burnt embers of the spectacle.  Certainly, the air was electric from the excitement pulsating throughout the entire city.  Needless to say, this 4th of July excursion turned into everything I could have imagined… and so much more! 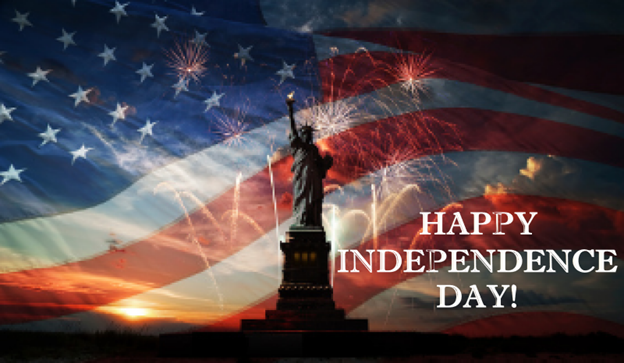 Do you want to record your own favorite memories to share with your family, loved ones, and friends? Let LifeBio help! Contact us online at https://www.lifebio.org/, via email at info@lifebio.com, or via telephone at 1-866-LIFEBIO (1-866-543-3246).