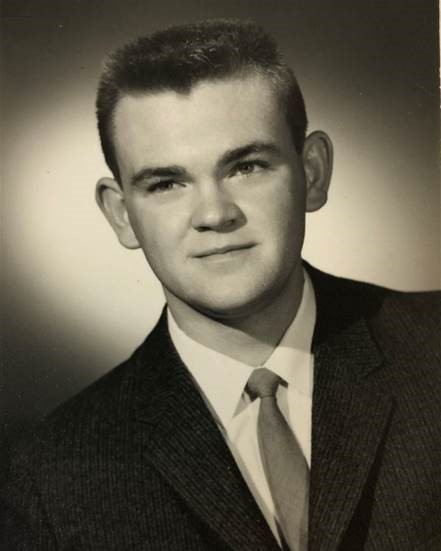 “When I turned 18, my dad asked me which branch of the military I wanted to join. He took me to enlist in the Air Force in 1960, and I was discharged in 1969. I served all over the world. My boot camp was at Lackland Air Force Base in San Antonio, Texas. I did data processing during my time in the military, with additional assignments.

I spent one year in northern France during the Berlin Crisis. The Russians were stopping entry into Berlin, so we flew to the Tempelhof airport. We had to initiate the right of access for all four powers: France, Britain, Russia, and the U.S. We flew in on a C54. We went into Russian Memorial Park in East Berlin and saw Hitler’s bunker.

In the Air Force, I traveled everywhere with a Class-A pass. I went on a pilgrimage to Italy and spent five weeks there, working at the embassy. In my time off, I saw places like the Sistine Chapel. The guards got to know me, and I was admitted to places the tourists couldn’t go because the guards knew me by name (they called me 'Williamo'). My wife, Carol, always said I could talk to kings and queens and to garbage men without disrespecting any of them at all. I loved talking with other people. It’s almost like I was born to be in Rome because, when people said we should go somewhere, I took them there without a map.

I once chaperoned a chaplain, who was also a retiring colonel. He had a major for an aide. He got us into where he was first ordained a priest. That was in a closed villa with armed guards around it. I saw frescos and mosaics from Roman times that most people don’t get to see. The table where we sat was from 1649 or so. We had coffee and tea that was really strong. It was a treasure trove going through there!

I visited Holland by traveling all night on a tour bus. At one point, the bus driver told everyone to wake up and look out the window. We were coming down from a mountain pass, and in front of us were thousands of tulips in bloom. The color was just like God painted it! I spent most of my second day watching a 98-year-old woman tatting in the window of a linen shop. She was hand-stitching a lace pattern around a tablecloth, and she wanted to get it done before she died. I watched her for most of the day. The locals were so amazed and amused that I was watching the lady, so I was given a cup of tea and then hot chocolate. They showed me where the toilets were, and they gave me a plate of biscuits and cheese. I was amazed because it took her most of the morning to do half an inch. I always wondered whether she was able to finish the tablecloth. She gave me a hug, and I was able to kiss her on the cheek before I left. Once she knew I was leaving, she went back to sewing.”

Are you ready to tell your own story or to help honor veterans in sharing their stories? Contact LifeBio to get started today. https://www.lifebio.com, info@lifebio.com, 1-866-LIFEBIO