5 Tips for Using Reminiscence in Health Care and Hospice September 08, 2021 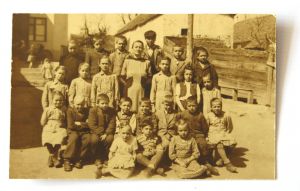 Recently, while attending a conference, I was introduced to the term, “narrative therapy.” If you’re like me, you may not have heard of narrative therapy before. Narrative therapy, also referred to as “re-authoring,” was developed in the 1970s and 1980s by Michael White and David Epston. According to the Narrative Therapy Centre of Toronto, narrative therapy “focuses on the stories of people’s lives and is based on the idea that problems are manufactured in social, cultural and political contexts. Each person produces the meaning of their life from the stories that are available in these contexts.“

LifeBio: METAMOR: a new word for positive, older people...GROWING older (not getting older)

Eventually it will never get done

Don't put off until tomorrow what you can do today. Procrastination is the biggest problem when you're thinking about writing your life story (or you want to interview mom, dad, grandma, grandpa). The second problem is not knowing what to write. 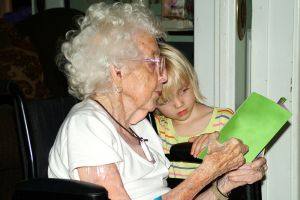 As we enter a new year, many of us will make resolutions to spend more time with family and friends, learn something new and to simply take time out to enjoy life more. Bringing in the New Year with an original hobby that will help you achieve these resolutions could be just what you need for a fresh start.

If I had a nickel for every time that someone uttered the following words, I would be a very rich woman. "I wish I had recorded the life stories of _____________ while I had the chance." Then I normally hear about this incredible parent or grandparent who worked three jobs to keep the family afloat OR sacrificed everything so his or her children could go to college OR made the very best chicken dumplings OR played a mean piano.

How to choose a quality memory book or memory journal

Is your New Year's Resolution to capture life stories of a loved one?

I was reminded over the holidays as we sat around the dinner table that these are precious people staring back at me. My parents are extra special and so are my aunts and uncles. I look at their lives and realize all the good times and hardships that have shaped them over the years. I realize that they have interesting opinions and perspectives on life that deserve to be recorded and remembered by me, by my children, and someday by my grandchildren

Is your New Year's Resolution to write an autobiography?

Resolve to begin writing an autobiography. It's funny but so many people think they have nothing to say. I met a gentleman just the other day and told him about the work we do at LifeBio and how we've helped thousands of people with our autobiography template. He laughed and said, "I've got nothing to say."

We've learned a thing or two. Wisdom is a good thing.

I'm a bit older and wiser now. This uncertain decade has taught me a few things. September 11th taught me that life is precious--every day is a gift. Jobs may disappear. Home values may drop. It's easy to be fearful and doubtful